A mother whose two sons died from a rare genetic condition has praised the County Armagh Grand Black Chapter after it raised £17,000 for the Northern Ireland Children’s Hospice.

A mother whose two sons died from a rare genetic condition has praised the County Armagh Grand Black Chapter after it raised £17,000 for the Northern Ireland Children’s Hospice.

Jenny Irwin’s sons, Jack and Michael, defied the odds to live into their teenage years after being diagnosed with Metachromatic Leukodystrophy as young boys aged six and two. The disease affects the nervous system, leaving the sufferer totally dependent on others.

The Irwin family, from outside Benburb, received tremendous support from the Northern Ireland Children’s Hospice during Jack and Michael’s illness, and Mrs Irwin was delighted to see thousands of pounds donated to a charity which is close to her heart.

“When I see that amount of money donated to the hospice, I just think it’s fantastic,” said Mrs Irwin.

“It’s so thoughtful and kind, and it really will help families who are in turmoil.

“I don’t know how we would have coped if we didn’t have the support of the Hospice,” said Mrs Irwin.

He explained how, during coronavirus lockdown, there had been many examples at Preceptory and District levels of initiatives which had provided much-needed support to individuals, caring organisations and NHS staff.

However, concern was expressed at County level in Armagh regarding the impact the pandemic was having on the fundraising activities of hospice charities, and after careful consideration it was decided to launch a County appeal for the Children’s Hospice.

“The response from the Districts, Preceptories and individual Sir Knights was wonderful to say the least,” said Sir Knight Livingstone, who is also the Imperial Grand Treasurer.

“At a time when no meetings were taking place and the usual lines of communication were not available, a total of £17,000 was raised.

“We are so grateful to our members for their generosity and willingness to support the work of the Children’s Hospice. This amount was not achieved through fundraising events but rather by direct giving and a real desire to support our wider society in these most difficult of days.”

Ms O’Hara said: “We want to thank every single member of the Royal Black Institution for this wonderful gift.

“Your donation of £17,000 will help us continue to give babies and children, like Jack and Michael, the best possible care in our Children’s Hospice. Without your help we would not be able to help families like the Irwins, so we are deeply grateful for your generosity.” 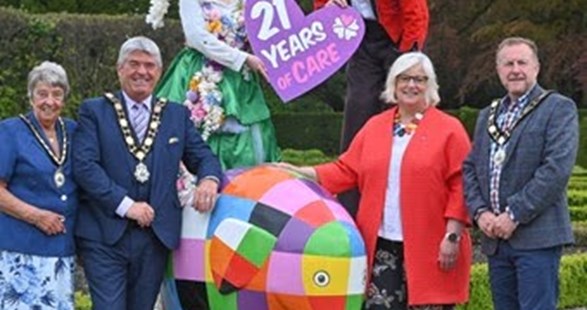 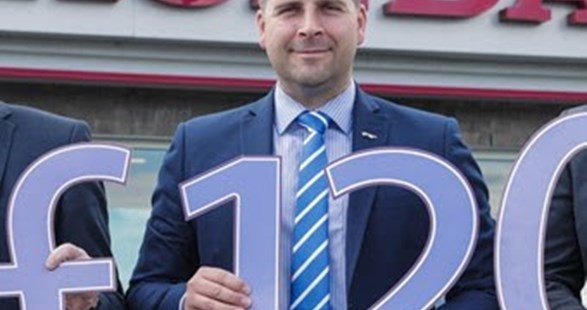 For every new or used Honda Jazz model sold in the Group’s Ballymena, Bangor, Belfast and Dungannon showrooms between the 3rd and 10th June, the Group donated £100 to the Northern Ireland Hospice. 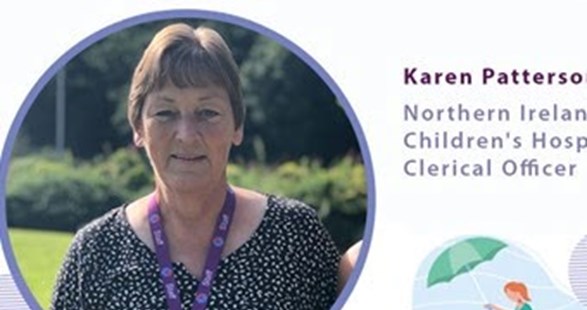 A Day in the Life of a Hospice Clerical Officer

Earlier this year, Karen’s father Charles was a patient at Northern Ireland Hospice. Her daughter, Rachel, kindly shared her thoughts about the care Charles had received. Her video can be viewed here