Northern Ireland Hospice gets behind Palliative Care Week this September

Northern Ireland Hospice is getting behind this year’s Palliative Care Week campaign from 8-14th September which aims to raise awareness of the difference palliative care can make to people with a life-limiting illness or condition, to carers and to families throughout the island of Ireland.

Northern Ireland Hospice is getting behind this year’s Palliative Care Week campaign from 8-14th September which aims to raise awareness of the difference palliative care can make to people with a life-limiting illness or condition, to carers and to families throughout the island of Ireland.

The week long campaign, organised by the All Ireland Institute of Hospice and Palliative Care (AIIHPC), encourages individuals and groups to get involved throughout the week through holding a small event, distributing promotional leaflets or by posting their own palliative care experience story on social media during Palliative Care Week using the #pallcareweek hashtag.

This year’s theme is ‘Palliative Care: Surrounding You With Support’, focusing on how people with palliative care needs are being supported in the community.

This can involve support from primary care (such as GPs, public health nurses, district nurses), from hospices, hospitals, nursing homes, and wider community supports beyond formal health and and social care services. Support can be provided for weeks, months and years.

“Palliative care ensures that a person with a serious and progressive illness, regardless of age or condition, can have the best possible quality of life,” said Karen Charnley, AIIHPC Director.

“Palliative care puts the person at the centre of care with a range of supports around them, whether that is their family or friends, including carers, or health professionals such as GPs, nurses or wider community supports.

“This year, we’re calling on communities all over the Republic of Ireland and Northern Ireland to help us to raise awareness of the importance of palliative care. If you are interested in learning more about palliative care and the campaign, or are involved in a community organisation interested in health and well-being, we would love to hear from you.

“AIIHPC works with our partners in hospices, other health care organisations, universities and charities, along with voluntary and community organisations to promote Palliative Care Week. We want as many people as possible to have a greater understanding of palliative care and we would love to have more groups and individuals from around the island of Ireland involved in supporting this year’s campaign.”

Belfast man Pat Smyth, whose wife Angela attended the Northern Ireland Hospice Dementia Clinic, will feature in a poignant video to officially launch the campaign on 8th September speaking about the importance of palliative care and the difference NI Hospice has made on his wife’s journey.

For more information on Palliative Care Week please visit: www.aiihpc.org. Any groups or individuals wishing to get involved e.g. by planning an event, and to obtain leaflets and/or posters can contact AIIHPC by calling them on +353 1 4912948 or by emailing Bernadette at bpirihi@aiihpc.org

A Day in the Life of a Children's Hospice Nurse

Tell us about how you got into the role you are in today, was it something you always wanted to do? 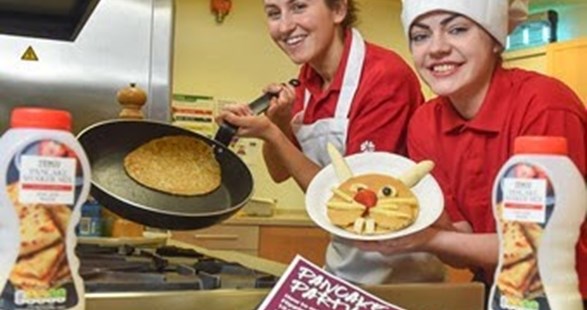 Northern Ireland Children’s Hospice is calling on schools, businesses, clubs and churches to get cracking and sign up to the charity’s 2019 Pancake Party. 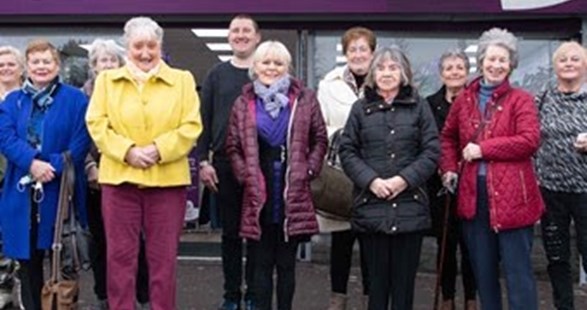 The revamped store is packed with a wide range of quality, pre-loved goods, including shoes, fashion accessories, and clothing for ladies, children, and gents. The shop boasts designer and high street favourites including Michael Kors, Converse, Pavers, Clarks and Marks & Spencer.