During the event, which took place on Monday 24th February at the Hospice’s adult facility on Somerton Road in Belfast, the former two-weight world champion encouraged existing and potential corporate partners to continue their support of Northern Ireland Hospice and Children’s Hospice.

The ‘Breakfast with Carl Frampton’ event is part of the Hospice’s ‘Business of Caring’ campaign. The campaign aims to change the way corporate organisations engage with and support the charity through a recurring, annual donation.

Sharing stories about his own career, leadership style and personal connection with the Hospice, during an ‘in conversation’ event with sports broadcaster Adrian Logan.

“I am extremely proud to become an ambassador for Northern Ireland Hospice. I look forward to continuing to work alongside Hospice and its corporate partners, and would like to encourage everyone in the business community to lend their support whether that be a small business or a large corporate.

“I’ve visited Hospice many times meeting both patients and staff and I know that our support is vital to the organisation and Hospice is vital in our local community. I’m looking forward to getting involved to raise awareness and much-needed funds for this fantastic cause.”

The Northern Ireland Hospice provides palliative care and support to adults and children with a wide range of life-limiting conditions including neurological disorders, genetic disorders, and cancer type diagnosis.

“We are very thankful that Carl has chosen to become an ambassador for Northern Ireland Hospice and have no doubt his support will have a significant impact on the lives of those receiving Hospice care, who he has kindly taken the time to visit in the past.

“Each year, it costs £15.5 million to provide person-centered, specialist palliative care, with only a small amount received through government funding. Donations from members of the public along with the support of our corporate partners and ambassadors is what allows us to continue delivering expert palliative care.

“The ‘Business of Caring’ campaign offers our corporate partners many benefits, including invitations to networking events like today, where they join a group of like-minded people who are unified in their support of Northern Ireland Hospice and their local community.

“As a highly valued community organisation, caring for children and families right across Northern Ireland we are so grateful for the support we do receive and we look forward to having Carl on board to help us raise more funds.”

For more information about the services provided by the Northern Ireland Hospice and how you can support the organisation, please email corporates@nihospice.org 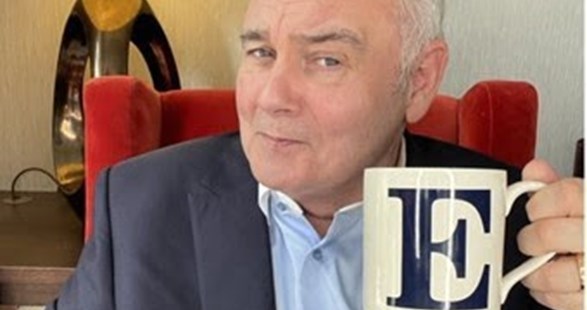 Sports fan Trevor is a winner at volunteering!

Trevor is a Volunteer Receptionist in our Children’s Hospice.

Gary Reid, one of Henderson Group’s longest serving lorry drivers who recently retired after 50 years of service, has raised an amazing £10,000 for the NI Children’s Hospice.